I have written BEFORE on training your mind to detach from the Matrix of the world and see things for what they are. This is critical if you are to see opportunities.

But there are steps you also need to take to be prepared to seize them once they begin to unveil themselves to you.

I live by this simple mantra:

SUCCESS = The intersection of Opportunities with Preparation

It is really simple. You need to train yourself in two areas:

The universe is overflowing with opportunities. Every day we witness those that have discovered something new and share it. We call these people "disrupters" or "visionaries". But really they are no different to you or I. They just saw something we didn't see. Maybe someone saw something and connected the dots to discover its true meaning. For example, in a world where we have become accustomed to driving motor vehicles on fossil fuel, and living with the pollution and aftermath of such fuel, someone comes along with great courage to embrace alternative fuels (ie. battery powered cars) and creates billions in wealth. Or someone sees a better way to define and handle money and invents Bitcoin. There are disrupters everywhere and we often have them as friends, family members, colleagues, etc. They are just people who see things we don't and have the courage to act upon those observations.

So the key here is that you need to train yourself to see those opportunities. This isn't that hard. In fact I'll explain some steps you can take to help the opportunities unveil themselves to you later in this article.

Remember back in 2008? The global financial markets collapsed and everyone freaked out. 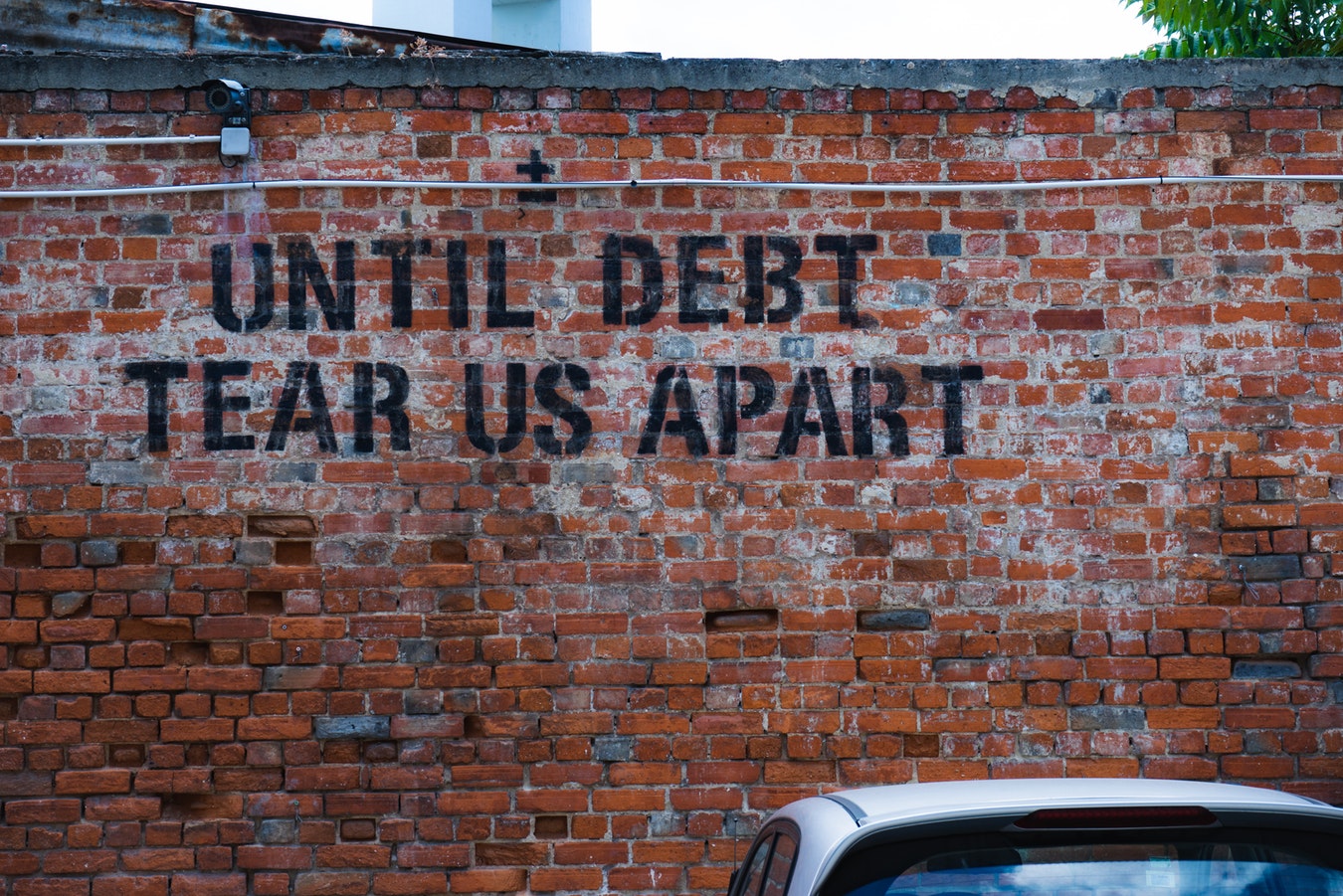 What really happened here? Well it is pretty simple. The cartel of banks and government combined together to incent those that had no business buying real estate to do so, with little or no money down and little ability to service the loans. They created a fiction that sounded good on the surface, but the very same people who could not service their loans were incapable of understand why and ill prepared to create the income stream in order to do it. Basically they were "setup" by the banking & government cartel that created the mess. As each collapsed under the increasing debt burden, foreclosures set off a domino effect that created the collapse. It sounds really bad, right?

Not really. The fact here is that those properties that existed out there needed residents inside of them. The question was who owned the asset that was going to generate the rental income? Easy. Just create an event that would shift wealth from those ill equipped to afford it, to those that were. That's exactly what happened. The prepared made out with billions in this collapse and the ill prepared lost everything. You see if you had saved up a lot of cash prior to 2008, you could find yourself buying properties at 25% of their original price. Then just sit on those properties for a few years, and let them rise back up to their correct price point and you would triple or quadruple your money. Not bad huh.

The prepared among us will win. The ill prepared will be victims.

It isn't just about being prepared with money. It is also about being prepared with information, and resources. The information comes from study. The resources are often about surrounding yourself with a team of people that have the skills that you will need when the opportunity presents itself. Maybe you need accountants, lawyers, brokers, agents, workers, etc. Maybe you have to find those people. You don't need to hire or engage with them immediately, but have that "little black book" with names in them because when you see the opportunity, you need to rally your team fast to seize it before someone else does.

And then the final result of this simple formula. If you correctly identify the opportunity and have the preparedness to take advantage of it, you will profit. Big time. Much more than you will ever make in a lifetime or lifetimes of working for a boss, having a "career" (whatever that means) and living a socially acceptable life. The top 1% don't work for a boss. You have the choice of whether you want to be in that group or in the 99%. It is nothing more than a choice.

And a commitment and belief in yourself that you are ready.

Then the success comes. Whether that be money, relationships, peace, security, etc. If you want these things (and who doesn't) then you must follow the formula. Simple.

How do you see the opportunities others pass by?

This is so simple. And yet no one teaches this.

First let me tell you what you should NOT do..

You have to first switch off media entirely. If you don't already have a distrust of media, you should. It is designed to change your subconscious to be a victim to ideologies that are fiction, extort your wealth and time and literally suck the energy from you so that you remain in the 99%. If you find yourself watching TV or reading Facebook or other distractions without the sole reason for absorbing information that you specifically want (ie. training, tutorials, etc.) then you are never going to see an opportunity clearly.

It is designed this way. If you are in the wandering herd that blindly follows ideology, is programmed to think a certain way, and never sees the opportunities because you are programmed not to, then you are in the 99%. The 1% need you in the 99%. They use evil, immoral and unethical tactics to force you to remain in that dynamic, just like they did in 2008. You cannot fall prey to the TV ad that says "Own this house NO MONEY DOWN!" and believe it to be real. It isn't. Someone is either trying to sell you a bunch of cheaply written books or videos for $300 or whatever and you are a sucker to buy it. Because the promise that is given to the masses (ie. the 99%) that you can break free of that is just a lie designed to further enslave you into the 99%.

I love YouTube videos of people who buy storage lockers from auction sites like www.storagetreasures.com . They tell me things about those that fell down and let their accumulations get the better of them.

Now I'm not blatantly stating that luck didn't deal a cruel hand to someone. I mean health, death, etc. is often the discovered reason that someone could not pay for their storage fees and defaulted on the locker, only for others to swoop in and claim it for pennies. That happens. That is life. If you are not prepared for it, then you can easily become a victim to it.

But if you watch these videos, you see common trends. The types of items in those units are common. The same CD collections, the same Videos, the same products purchased at the same stores, the same "keepsakes", the same clothing... The similarities from unit to unit, life to life, person to person, is staggering.

Is it not also an interesting and common thing that all of these people that bought the same thing, fell prey to it? Don't you see that if you do the same as them, then rather than you swooping in to buy bargains, you will be the victim of losing it all?

Everyone here was programmed to buy that crap and then found they couldn't store it in the dwelling. If they spent the money it took to acquire all of it, and invested that into their own dwelling so that they were self sufficient, and maybe lived a minimalist lifestyle, maybe they would not be in that predicament?

What prompted them to do this? They used media as a distraction from viewing the world for what it was, and were suckered into buying that crap. A two fold loss really - An obvious loss of money because they gave it to someone else for ultimately little in return, but more importantly, the burden of ownership of the crap they eventually lost took away their focus and their time. The countless opportunities that passed them by while they were playing the video games that eventually were lost in the storage auction meant that they never saw billions in opportunities pass them by.

You won't see any opportunities if you are locked into your dwelling and never leave it. You have to get out. You have to roam. You have to see things that challenge your perception. You have to learn to have the courage to meet others that don't speak your language, share your culture, share your views. You have to be open to them. Marco Polo did this, and Venice became the richest city in Europe. Do you think he created wealth stuck in his little home in Venice? It was actually quite a modest place - I visited it in 2017... 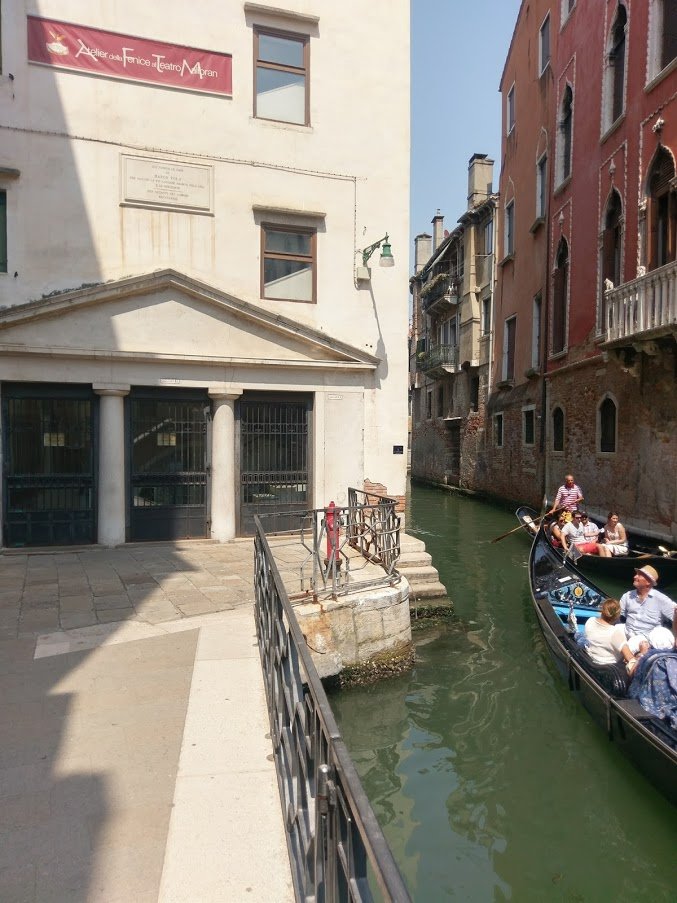 He ventured far to discover wealth by witnessing opportunities that were alien to his upbringing. This is the key. It is why so many successful entrepreneurs in the United States are immigrants. You can't learn entrepreneurial talent in college or in a book. It is such a simple concept and yet society programs us to think that it can be studied and sold to us as a course in college. Nope. It is simply a demonstration of someone who decided one day to break free of society, venture out there and see the world - to Roam as it is best put, and witness opportunities all around them. And were in a position of preparation to take advantage of it.

Marco Polo had to be prepared for what he saw in his travels to bring it back and determine that silk was a needed product. Then he had to organize (or partner with) those that could ship the product back from the traders that sold it. He had to create a team that could traverse the difficult terrain and create the "Silk Road" as we call it today.

Are you Marco Polo?

Do you have what it takes to really be in the 1%. Are you free of the irrational and mythology of fear that is holding you back? Do you have a passport? Are you prepared to roam and find the opportunities? You won't see them in your local culture if you view everything the same as the other 99%. You probably have to leave it, travel and see things from your perspective in other cultures that unveil themselves to you as opportunities. And if you are prepared, you can seize them and start to trade.

Then you will be in the 1%. You will break free of the herd. You will become truly enlightened.

You won't be watching TV, reading Facebook or never leaving your home. Success is out there. Just bring your prepared self to it, and it will unveil itself to you as opportunities that you can embrace.

Go forth and find success.

The US media is frying your brain

Today it all came to a head for me when I saw this... I think we have officially become a failed state. And I blame the hypnosis of the US Media for much of it.