The charade of current economic theory

I had the opportunity to watch a YouTube video put together by the billionaire investor, Ray Dalio, and I was disappointed by it.  He correctly states the current economic thinking in regards to wealth, but neglects to consider anything to do with the unconstrained.  My review is here in this article. 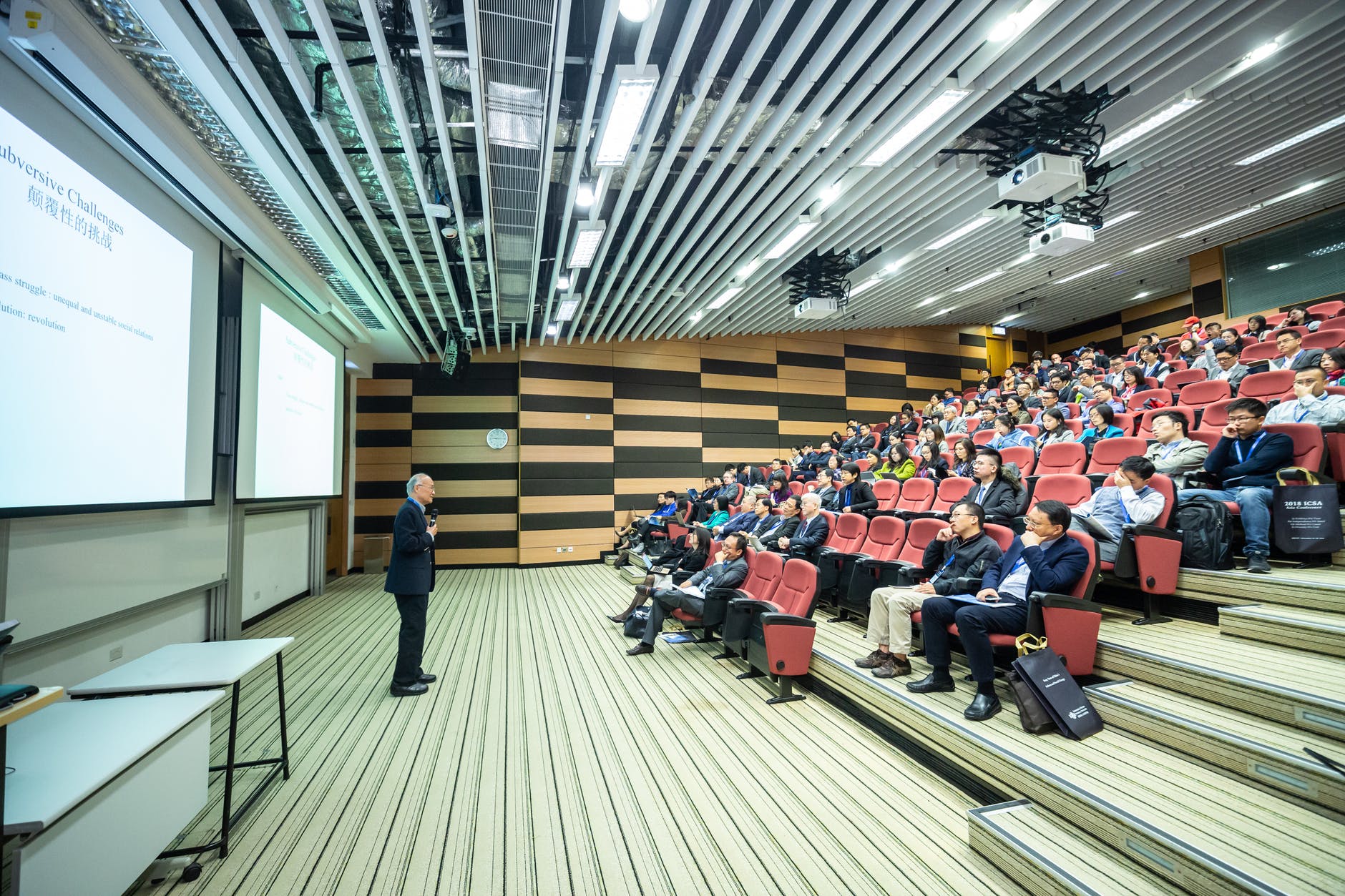 Ray Dalio is a wealthy American billionaire.  You can’t argue with his success in the financial world.  Who wouldn’t want his wealth.  But that doesn’t mean that the economic machine that he’s extracted enormous gains from is healthy - it is far from that.  He created an educational video I found on YouTube that pretty much underscores the unhealthy nature of the US and world economies.  Yet he has successfully been able to master the art of this machine to the point of making billions.  I can’t criticize anyone from understanding a system and learning how to manipulate it to their benefit.  But that doesn’t mean the system is healthy.  This is his video that he put on YouTube:

I took the opportunity to watch this and realized that he is just saying what everyone else is taught regarding the economy.  He exposes the holistic and systemic issues with economics in the USA at almost a spiritual level though.

The concept of using debt as a means to grow an economy is rife in the presentation.  Per his video, he shows that the transactions in economics spur growth, create jobs, etc.  These are talking points that I hear on every political speech, CNBC show, etc. and it is just so wrong.

First, you know my position on jobs.  Jobs are horrible.  Jobs are NOT the focus and should never be the focus of financial health.  And Jobs will eventually go away as we have machines doing the majority of them.

But does Ray Dalio have a job?  Nope.  He’s rich.  No rich person I know has a job.  You have to start the whole context of this video first from that perspective.  If the current teachings in economics are that cash + credit = buying power, and with that buying power, the more you buy, the more you create jobs....   Well you know the drill.

Remember after 9/11, when President Bush went on TV and told everyone to go out and buy stuff?  That this was how we beat the terrorists.  And then they started handing out checks to every man, woman & dog to try and spur the economy.  Holy crap....  Do you know how much debt we have as a nation?

This unbridled desire to constantly grow the economy....  Why?   Why do we need more and more and more?  Why is it that the average American has more crap in their garage, forcing them to buy storage lockers to put the excess in, only to eventually default on the storage locker and see it sold at auction on the Storage Wars TV show?

If we took jobs out of the equation, and we removed this unbridled desire for economic growth all the time, would we be any worse off?  Nope.  Actually we’d be happy.  Because if you look at all the other countries in the world, happiness is something they are more interested in measuring than GDP.  Does Sweden have to grow their economy year on year, like some drug addiction where the current state of the economy is no longer giving the “hit” that it once did, so amp it up?

You know that we unconstrained are contrarians.  So consider that maybe you should think differently here.  Maybe the traditional economic models are only helping the Ray Dalios of the world.  The billionaires don’t need any more money.  Yet they are selling an economic model that is enslaving everyone into a world of worker ants in order to grow wealth.  At what point do we say enough is enough?  We don’t have to be the #1 economic power in the world.  Not if it comes at the cost of enslaving the citizens of that very same economic power.  And that is what the current economic models have done.

The constant desire for more and more growth is creating more and more chains around US workers.  The unconstrained know the rule - NEVER SELL YOUR TIME BY THE HOUR.  That means jobs are basically evil.  You can have them if they serve a purpose above the money generation, but if you can’t distance yourself from the income of a job, then you are doing it all wrong.  If it is a means to an end, then I can look the other way, but if this is the entire focus of your life, and your countries unbridled desire for more and more, why is it that the wealth of that increasing productivity isn’t showing up in your pocket in any meaningful way?

As I write this, it is “Black Friday” in the USA (the day after Thanksgiving).  There is this herd like mentality that this is the day that the poor get their own back.  They can get that TV they always wanted at Best Buy for $100.  They can get the mattress they want, they can get the XBox, etc.   These are teasers to get them in the door and buy the stuff that isn’t on sale, of course.  But there is this apocalyptic zeal that comes with every Black Friday.  The fights break out over the limited supply of cheap crap and everyone is out for themselves.  Is that happiness?  Nope.

As I said on Twitter yesterday, “if you want to save thousands on Black Friday, stay home and don’t buy anything.”

Stuff doesn’t make us happier.  It might for a very short period of time (like an hour or so), but once you get over it, then it is like a carbohydrate hit.  Good initially, then you feel like crap afterwards.

But don’t get me wrong.  This is not an anti-capitalism article.  This is a wake-up call that if you have to buy stuff, buy income producing assets.  This is because the vast majority of society won’t see through this charade and will get a job and have no money at the end of their “wealthy” month, can’t save anything and will need a place to rent.  And you will own the property so you will be wealthy.

That’s how it should work.  Reward those that did save and have not squandered their wealth with unnecessary purchases, or spending 10x the value of a house on interest payments on their car loans, credit cards, student loans, etc.

Here’s a much better YouTube video that you should watch that explains just how economics at a macro level works, particularly with government debt.  Since the US government indirectly controls the purchasing power of $1 this is far more valuable to know than Mr. Dalio’s study of economics.

The key here is to have less income & expenses but to have a more steady inflation rate because the central banks are not pushing more money into the money supply, things can be controlled.

Remember the other unconstrained rule:   IT IS NOT WHAT YOU EARN, BUT WHAT YOU KEEP

We have to change our thinking dramatically here.  Those that embrace the teachings of Financial Sustainability are doing that.  Those that are simply nodding their heads when the smarty pants economists tell you things that are aligned with Mr. Dalio’s teachings are telling you BS.  Long term, we are going to be in so much debt that austerity will have to happen, inflation will go out of control and your security is at risk.

So please question things you see as “normal”.   They need to be verified against current economic situations.  And don’t think that a socialism model will work either.  That is just a way to kick the can down the road by making a state responsible for your free choices rather than you rising to the occassions and taking control of those choices - even if it means you have to do extraordinary things in order to get extraordinary results.  I mean who invented the “ordinary social mantra” and why?  I could dig out the mold from most of that and what would be left would not resemble anything close to relevant in 2019, as I write this.

What really makes us happy?  Security and prosperity that isn’t measured in consumer goods.  It isn’t the “retail therapy” that is sold to everyone on Black Friday.  We should consider Black Friday in the same way we consider the Black Plague.  Something to be avoided.  Stay home, spend time with the family and you will be happier.

If you know your burn rate, you only need to make that from the monthly dividends from your assets.  It is very easy to do it with a low burn rate.  And you don’t need millions to do it.  You can buy assets using other people’s money, as long as you know how to manage risk and you don’t over extend yourself.  You need patience and you need to make sure that someone else is paying off the debt - not you.  The earlier you start that process, the faster you will get to being financially sustainable.  When you arrive at that point, you will clearly see through the charade.

I encourage you that once you get to financial sustainability, you should tell all your friends.  They need to know that they are being fed BS with the current economic teachings.  Sure, there’s a lot of PhDs out there telling them these teachings.  But the reality is that they are not happy, and we are not measuring that in any meaningful way in the USA right now.

The one thing they don’t teach you in economics at college is that you don’t own things.  Things own you.   So stop being owned.  Get income producing assets you can attend to and break free of this charade.

What will bring on the next imminet US economic collapse?

Remember 2008? Banksters created an illusion that housing prices could keep going up and up because they artificially fueled demand by creating a new customer base of people who got mortgages that previously would never have qualified.

In July 2018, 32% of cable TV subscribers in the USA had cut the cord and left cable. This was due to the excessive pricing model and the free market's supply & demand model by opening up options to Internet subscribers.