Menu
25 May by: Myles Wakeham

I was watching TV this morning and on Bloomberg they were showing the price of a barrel of Brent Oil at $32. About 3 months prior I had a chat with a friend of mine when oil was basically $10 a barrel, saying that this can’t last and the world has to keep the lights on, so oil will go back up. We tripled our money on the bleeding obvious. But why is it that others didn’t see this, yet lost their jobs, lost money in the stock market, etc? 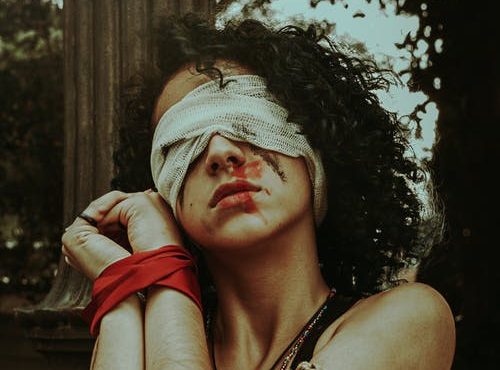 Money is made without any labor effort based on the simple rule of buy low, sell high.  If you embrace this, you probably feel like a lottery winner when the stock market goes up, but you invested when it was low.  But although there is a 50% chance that the opposite may happen, there are times when the bleeding obvious is staring you in the face and the probabilities shift to be far more in your favor of winning.

Such was the case with Oil.  It was damn obvious when an artificial price reduction occurred and yet we all know that the world needs energy.  It is a physiological need.  Imagine living without power.  I remember driving through Amish country in Pennsylvania many years ago into communities that didn’t have power, and I saw how the world probably looked 200 years ago.  Is that what people want in the 21st century?  No.  We need the lights on, the refrigerator working and our air conditioners.  That’s bleeding obvious. 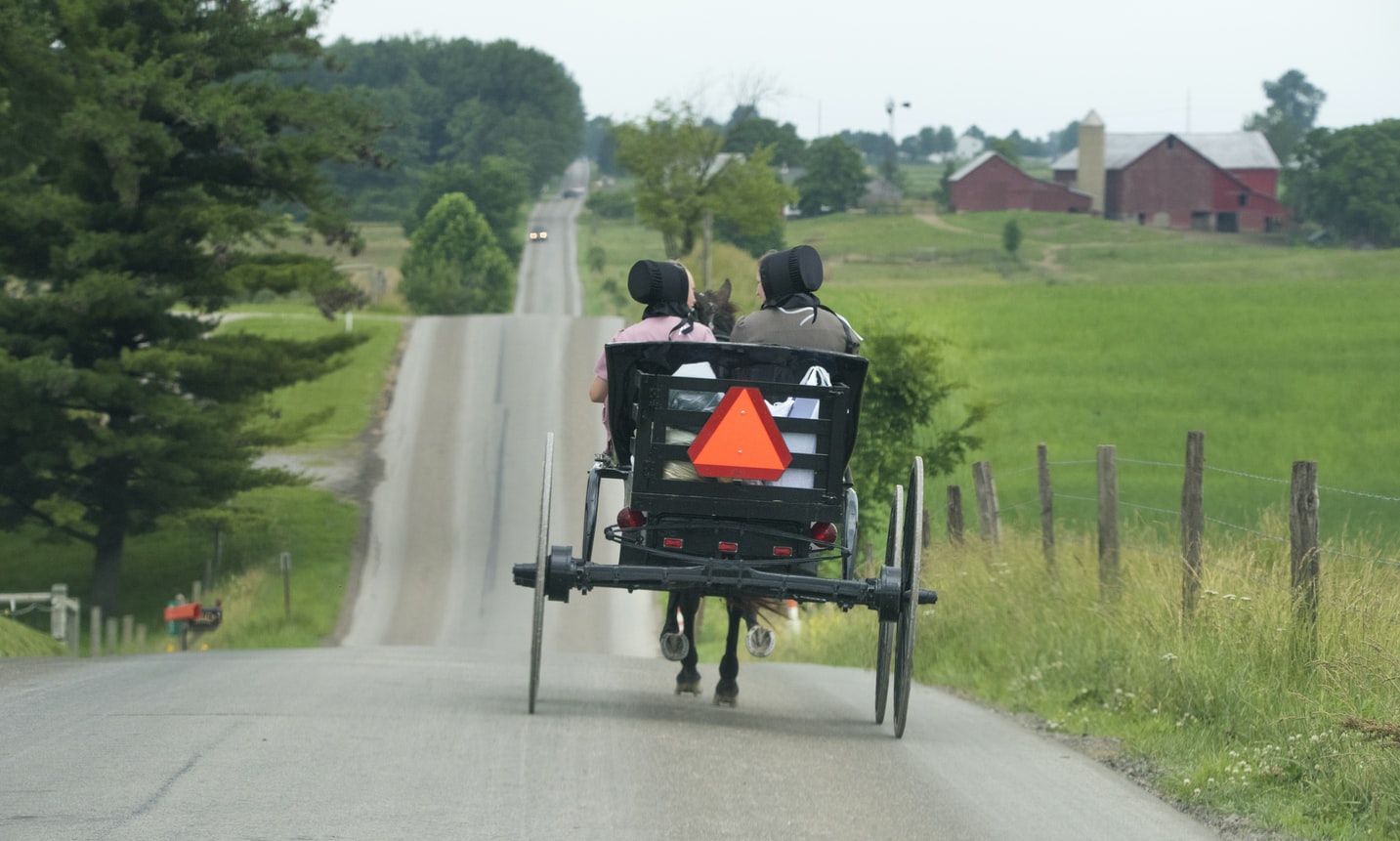 So why is it that the wealth creation on oil wasn’t the leading headline in business news?  Why is it that only contrarians are benefiting here?  Why is it that people can’t see the bleeding obvious, until it has passed them by and they are beating themselves up?

I have had many conversations with people regarding the stock market.  Many are those that are following the teachings of FIRE (Financial Independence Retire Early).  Whereas I agree with the concept of frugality, and saving a huge portion of your money, I disagree with their investment strategies.  Why?  Because the core tenet of this is to give up control of your money to a counter-party.  Who are the counter-parties?  The stock market for one, and then counter parties on counter parties such as Vanguard, etc.  I have written before that I hate the stock market.  You can read that article to find out the gory details.  But the general problem here is that I’m not looking to double my money over 10 years or 20 years.  And I don’t gamble in casinos.

Why?  Because life is a risk.  And it comes down to your willingness to accept that, and to learn to navigate in those waters.  Most of the time, risk mitigation is about seeing the bleeding obvious before it is upon you.  I hate to break your perception of the mega-wealthy, but other than those that garner the spotlight because of their business acumen, most wealth is created by dumb people who take risks.  I know the wealthy would hate me saying that, but it is true.  Why is it that your college degree has not correlation to your wealth?  If you embrace the idea that having a big PhD or MA or BS means you will make 2-3x more in income from your job over your working career, you lost the entire plot right there.

The smarter, better educated person that did it for that reason was looking for a way to avoid risk.  They didn’t want to take on the responsibility of earning money themselves (for the most part).  They are looking to be a wage slave to an employer and they believe that they can make more money because of their education.  But the flaw to this entire argument is that they are willing to be a slave to get it.  They want a “cushy job”, whereas the investor or speculator that bought oil barrels at $10 each and sell them for $50 each didn’t have to lift a finger other than to go their computer, move some money around, press a few buttons and voila - wealth.

Our society is not telling you this.  It is telling you to go to school, study hard, graduate, get a good job, work like a slave for 40+ years and then you can retire.

The entire premise of this is bad from the start.  It is a model sold to you by the banks - the very same banks that make massive income from doing nothing, other than to move money around, lend it to you so you give up your future to them, and find a way to extract that largest amount of extorted wealth (ie. interest) over your lifetime that they can.  By finding a way to start as early as possible (student loans) that pushes out the interest money until the latest time (mortgages because you will likely never pay it off).  This is the bleeding obvious.  If you can’t see this, you are blind.

The problem is that if you have immersed yourself in this social mantra, the most likely (and often only) investment vehicle that you see are stocks.  So the folk in that hypnosis will embrace an employer giving them some 401K matching as a “win”.  They will embrace when the stock market drops by 10-20% as a “loss” but they will justify it all by saying, “If I stick it out long enough in this, it will recover and if I dollar cost average, I will do fine”.  Great, if you want to live like a slave for the rest of your life.

But the bleeding obvious isn’t going away.  What is going on that is bleeding obvious right now, you may ask?  Here’s a few that should shape your perception of the years to come and where opportunities might lie:

So the question comes down to you.  Are you going to continue to be hypnotized by social mantra that tell you that you are only worthy to be a wage slave, and only worthy to get any wealth by using the “government approved” US stock market?  Are you not seeing the bleeding obvious here, that it is the banks that control the puppet strings?

Are you not willing to look further than your nose at what is going on in the world?  Or do you want to defend your position on sticking with your job, your 401K, your stock market portfolio as the only way to survive in this?  Meanwhile the value of your $USD is being destroyed and the cost of your life could double or triple in the next few years?

Are you not interested in keeping an eye on the bleeding obvious in world affairs and benefiting from the opportunities that open up from it?  Did you just pat yourself on the back because the cost of filling up your car with gas is cheap, or did you realize that could have thrown $1,000 into oil futures and tripled your money?  Or was that an opportunity that only the rich can take part of?  Meanwhile you are only allowed to buy Vanguard funds and lost ONLY 10% of your money over the past 3 months?

Wake up.  The bleeding obvious is out there.  You are seeing it, but you are hypnotized to dismiss it.  Your day to day habits, social norms, etc. are going to kill you if you don’t wake up and see things for what they really are.

It is time to get some confidence in yourself and pull yourself out of the social norms to speculate and invest in real assets, or look outside of your domestic world and see the rest of the the world as opportunity.  The opportunities in the USA will be slim over the next 5 years or so.  So look elsewhere.  If you can’t see that a country that has unemployment rates similar to, or exceeding the rates of the great depression won’t have some dark days ahead, you are not seeing the bleeding obvious.

Detaching from the Matrix…Small steps to big rewards

We are in a mess. We got this way because people forgot that the power brokers of the world treat life like a chess game, and we think of life like a daily or hourly experience.

The US media is frying your brain

Today it all came to a head for me when I saw this... I think we have officially become a failed state. And I blame the hypnosis of the US Media for much of it.

The path to a 100% financially sustainable life

In previous articles, I have stated that the concept of FI (Financial Independence) is flawed. Although the pursuit of it is admirable, the fact is that few FI followers have been able to do this through bear markets. Consequently putting yourself on that path has some dangers. I prefer to concept of "financial sustainability" and this article gives you tangible steps to take to achieve that.